Alejandra Zermeño Born in Mexico  City on December 21st, 1978. Conducts studies in Visual Arts Degree with an average position in the High Academic Performance Program at the Academy of San Carlos, UNAM. From 2006 to 2008 she completes her Master studies with honors in the same Institution. Zermeño´s interests has been since her beginners, the human mind and human emotion exploration. Her prolific art production has been present in more than 60 collective exhibitions  and  Biennale in  USA, Canada, Japan, Turky, Spain, Italy, Ecuador and Mexico. She has 17 solo exhibitions in Mexican galleries  and museums and USA museum. Her work belong to José Vasconcelos Public Library, Presidential Project it is called City of Books, Zermeño produced three sculptures which are exhibited in the Castro´s Leal Collection in collaboration with the renown arquitect Bernardo Gómez-Pimienta. This artwork was comissionated by Consejo Nacional para la Cultura y las Artes in 2012. Her sculptures could be seeing all over the Mexican Republic thanks to Taktile Project in 2016. In 2013 she was invited to the ESSARTS International Sculpture Symposium  to produce a public sculpture in Quebec, Canada. She has received several awards, fellowships and honors and in 2016 she has invited to belong to the Arts & Letters Council Mexican Museum in San Francisco, California. 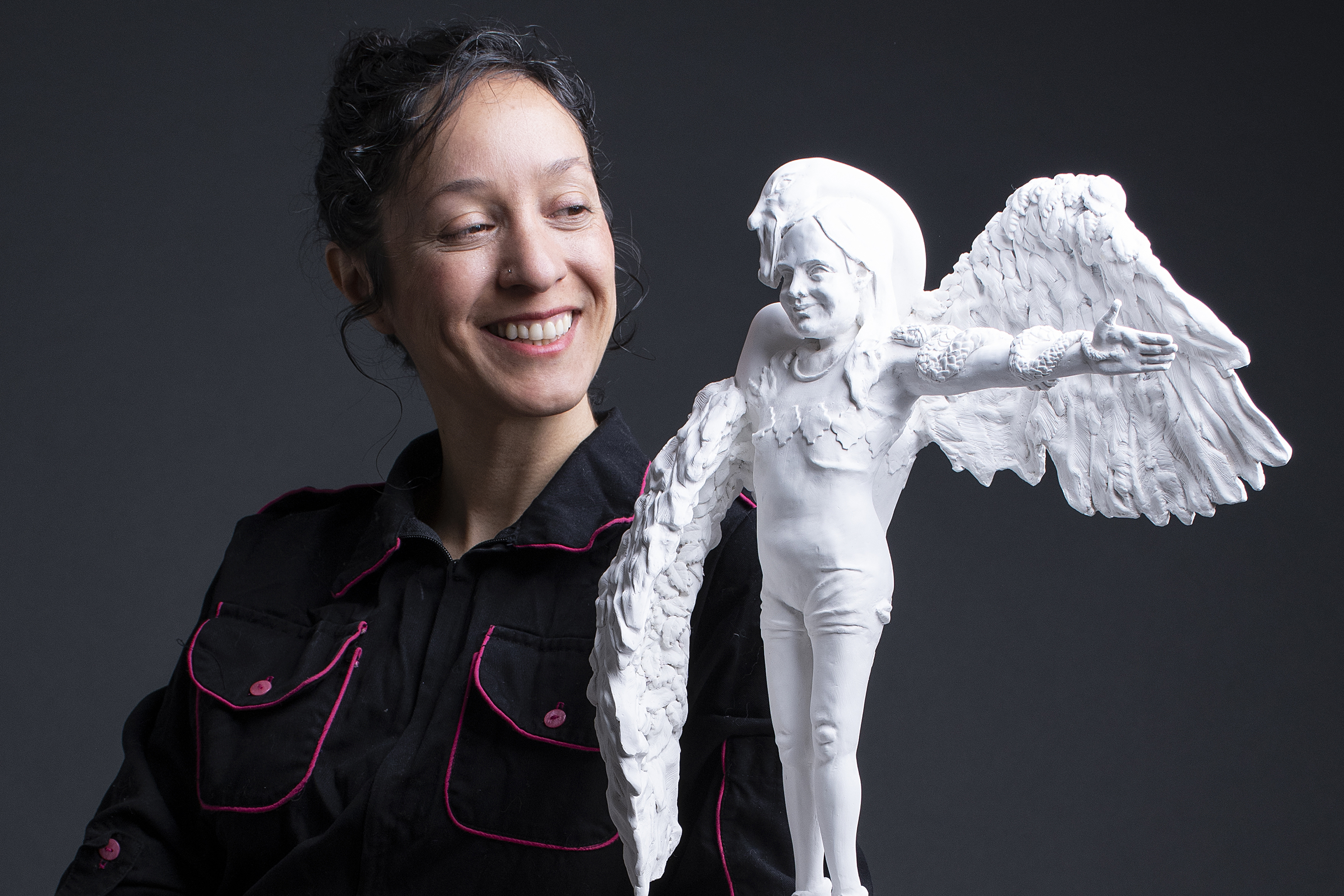 I am a sensitive being who communicates through art, I deeply love nature, animals and generous and creative people.